Yousaf Bokhari, Goya awarded for the Best Line Production in 2019.

Three years ago, who in the world was brave enough and passionate enough to say “yes” to be a Line Producer in Terry Gilliam’s The Man Who Killed Don Quixote? He was. Yousaf Bokhari. Experienced Head of Production, Producer and Assistant Director, he is a veteran with an impressive curriculum that includes Ridley Scott’s Exodus, Ken Loach’s Land and Freedom, Indiana Jones and the Last Crusade or Green Zone, amongst many other relevant films of the last four decades. A cinema man from head to toes, and a willco user, by the way…

“It was a Challenge, with a capital C, to be in charge of the production of The Man Who Killed Don Quixote, but… I love a challenge; and such a damned, legendarily spooked project, how could I resist?”

The first failed attempt to shoot the film 20 years ago, was documented in the famous film Lost in La Mancha, which portrays the series of misfortunes and catastrophes Gilliam’s Quixote went through. The flood that damaged the camera equipment; constant noise from nearby airbase ruining the sound; and, final beat, Jean’s Rochefort (Don Quixote at that time) herniated disk. And that was the end of the production, after only 6 days of shooting. Seventeen years and several failed attempts to rekindle the project later, Bokhari came on board in 2017.

“I envisioned a drama every single minute of the production, and I had my fair share”

He got on board in 2017, after several Gilliam’s failed attempts to secure the financing and the cast.

What do you think was the secret of turning the production into success this time?

A good synch with Terry Gilliam, based on a relationship of mutual trust and respect.

What was it like to work with Terry Gilliam in this film?

It was a pleasure, he is a very talented man. We went to war together, went through hell because of the complexity and the constrictions of the budget, but with the satisfaction of accomplishing what seemed was cursed to never be accomplished. It is like climbing the Himalayas: it is hard, you suffer cramps, but you also have joys, especially that of conquering the summit.

Indeed, the film has become a symbol of tenacity, determination and the will of a filmmaker to make a dream come true. “Make films come true”, that’s willco’s motto. As a Producer, part of your tasks consist exactly in that: making things happen and choosing the right tools for that. The production tools have changed so much from the year 2000, when Don Quixote production started for the first time. Now, we are facing the “paperless” era with collaborative tools.

How important do you find the new digital tools in film production?

Every time some new tool comes along to make our work easier, we wonder how did we manage before!

In a “cursed” project like Don Quixote, the Production team’s work gets even more attention than usual, showing how complicated and how fragile making a film is.

What did Goya Best Production award mean for you?

I think only Spain has such an award to recognise production work, at least at a level of an industry’s principal awards. Yes, producers get awards, but the work of the actual technical production team is not usually acknowledged. I say team because no film is achieved by just the head of production without a good, well-synchronised team, and I had an excellent and very dedicated team who all contributed to the achievement that was recognised with this Goya, they all own a part of that statue. 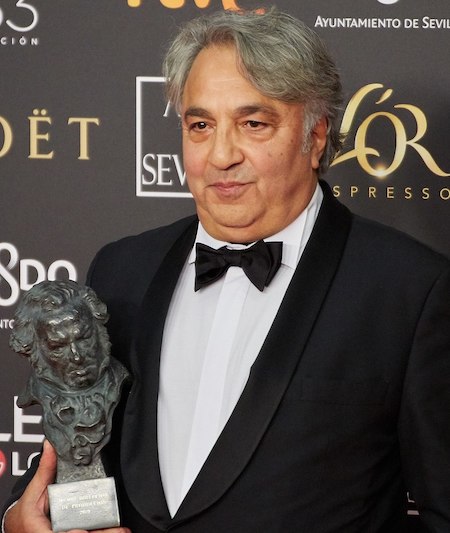