The script or how the story begins

As you can imagine, usually, this is how the production process starts. First, the script, then a preliminary schedule, breakdown, budget and finally, months or even years of intense and expensive adventure. Hundreds of hard-working people are involved in this process and it’s really difficult to overvalue the importance of the script and how it is dealt with during all the production stages.

That is why here I’d like to give you some script-related basics from the Production Coordinator’s point of view:

Above all, a script is not a novel.

Screenwriting must follow standard guidelines to keep the reader focused and to allow an easy breakdown of the shooting necessities.

These are the basic elements of any screenplay:

Scene Heading: Every scene begins with a heading to describe any change of location or time in the screenplay, these will usually be: INT. / EXT. - SET - DAY / NIGHT; format: uppercase

Action: Description of anything that can be seen or heard; format: regular text.

Character: The name of the character speaking, bear in mind that a character who is off screen or speaking in voiceover should be designated by O.S. or V.O. respectively; format: own line and uppercase

Parenthetical: Tone description to provide context or instruction for the dialogue; format: wrapped in parentheses.

Dialogue: Pretty straight forward, just as it sounds, the dialogues. format: centered on the page.

Transition: Edition elements to move from one scene to the next one, like: CUT TO, FADE IN/OUT, INTERCUT, DISSOLVE TO, WASH OUT, MORPH 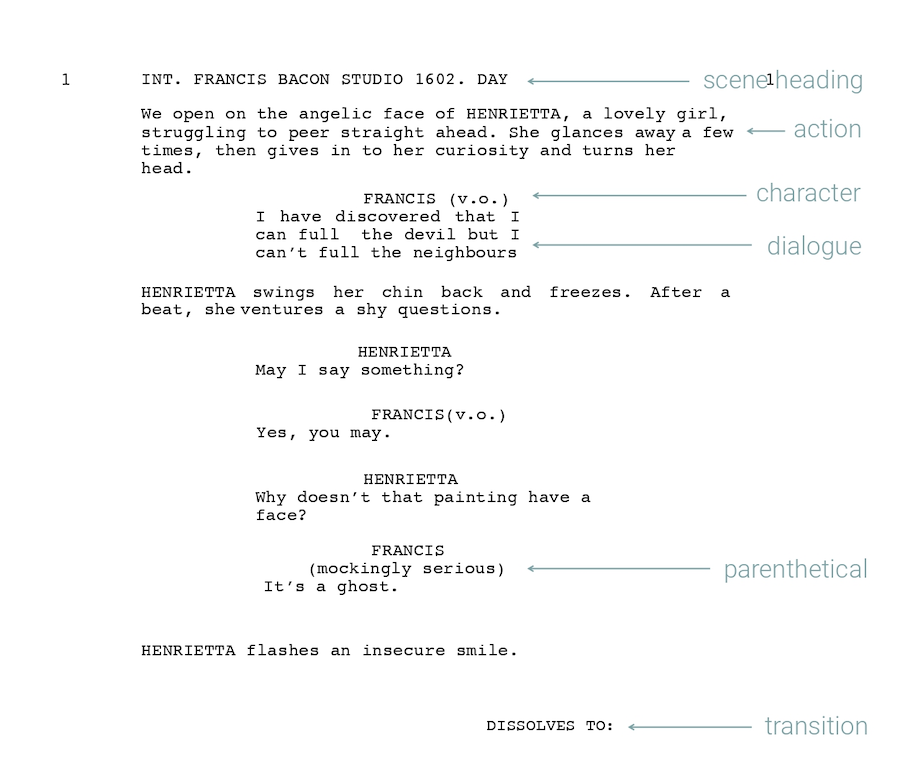 As all the cast and crew will organise and schedule they work according to the script, it must follow very strict formatting rules: 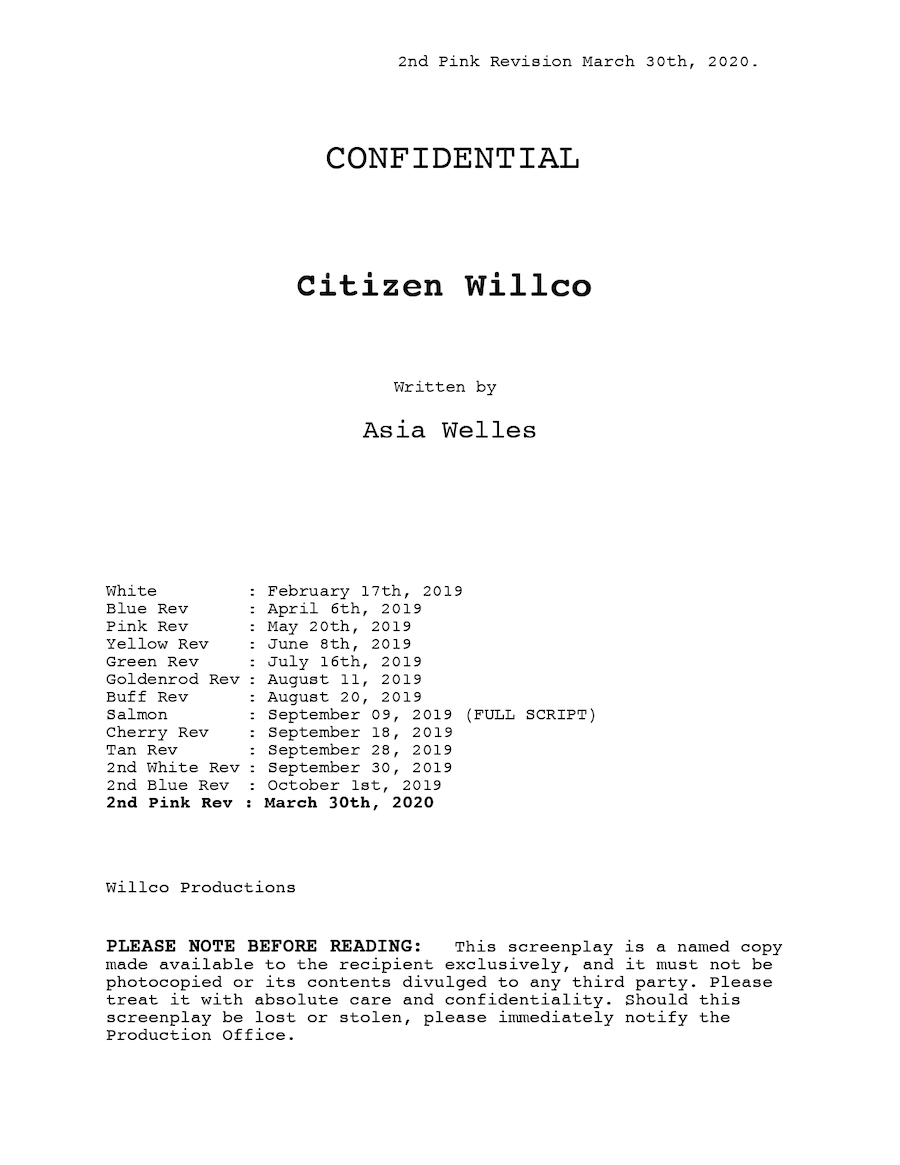 Title page of a script with several revisions.

The script usually changes quite a bit during production, turning into a multicolour book by the end of shooting. All the changed, new and omitted scenes will be published as script revisions, following the rules below: 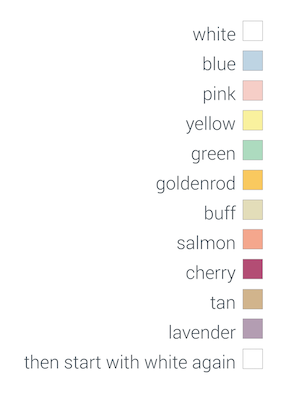 Example of a script revisions memorandum

Despite the digital revolution, the majority of productions are still dependent on paper for scripts and other documents. The truth is that the impact of paper consumption is huge, so mitigating paper use is a critical part of reducing deforestation. Additionally, using digital tools can improve communication efficiency and security. Although it is vital for certain crew members and actors to have at least one hard copy of the script, I’d like to encourage you to make some efforts to reduce the use of paper.

This screenplay is a named copy made available to the recipient exclusively, and it must not be photocopied or its contents divulged to any third party. Please treat it with absolute care and confidentiality. Should this screenplay be lost or stolen, please immediately notify the Production Office.

Summing up, just make sure that you are extremely strict and consistent when dealing with the script and its revisions. Remember that everything you can do to keep your crew focused, improves your production and makes your team happier.